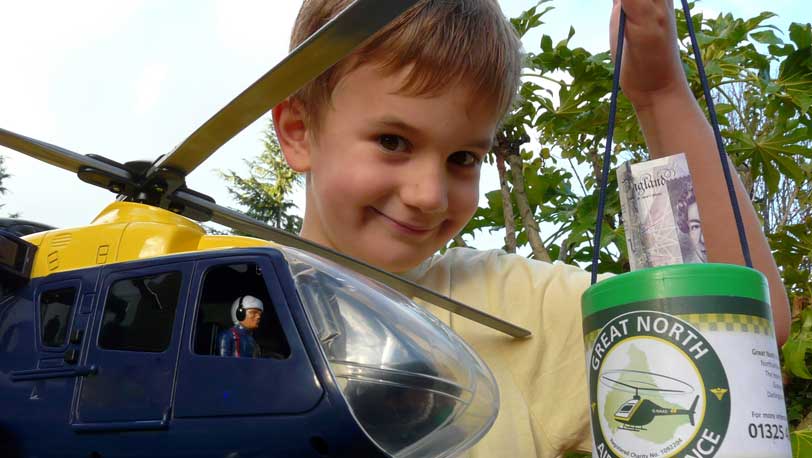 “It’s a fantastic local charity and one we are always delighted to support,” said Joanne Hunter, manager of the world-famous Lake District tourist attraction.

“It’s amazing how a few coppers here, a few bits of silver there mounted up to such a sizeable amount.”

Based at Langwathby near Penrith, the helicopter flies between three and five missions every day.

It has saved the lives of countless numbers of people and eased the suffering of many more.

“I have been surprised at just how many visitors to our shop from the rest of the UK have heard about the Great North Air Ambulance,” added Joanne, a partner in the business.

“A lot of people think about it being involved in mountain rescues but it does in fact attend all sorts of accidents including road smashes.”

“We’ve now put the collecting tin back on the counter, alongside the certificate from the Great North Air Ambulance, to start another fund-raising run,” said Joanne.

Joanne’s son Eamont with the collecting tin and a helicopter.