Spicy Goings On In The Garden of Grasmere 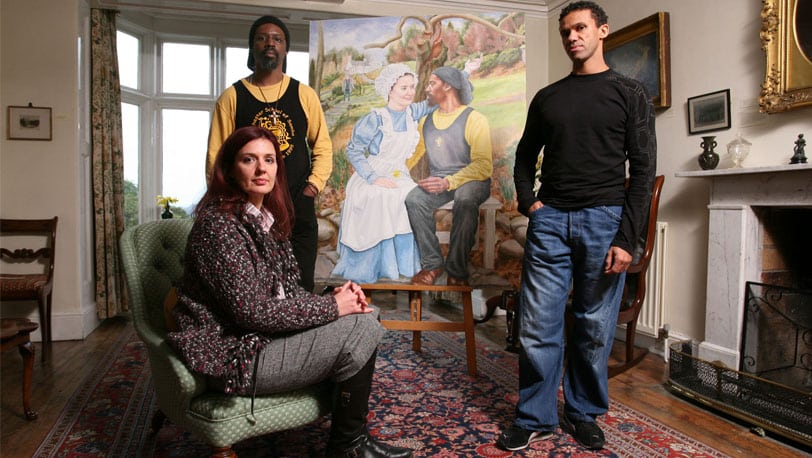 Joanne Hunter, a partner in The Grasmere Gingerbread Shop, was immortalised in Manchester artist Michael J Browne’s painting The English Garden. The picture was unveiled in the BBC documentary Made in England which reflected contemporary English society. 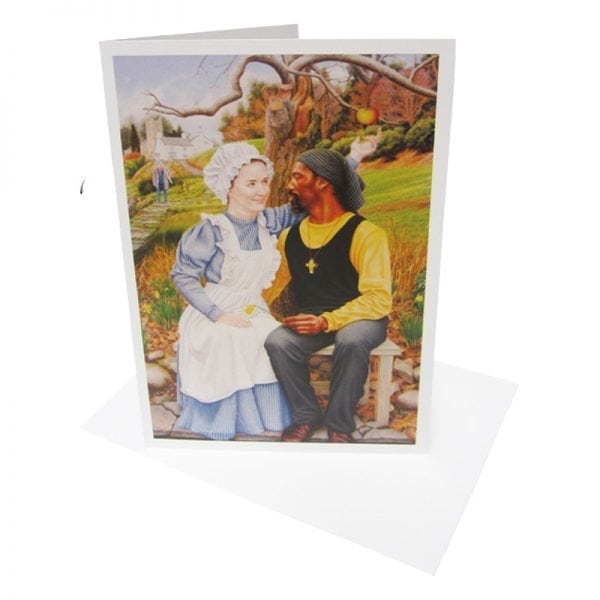 Set at Wordsworth’s former home at Rydal Mount, near Grasmere, the painting shows Joanne dressed in traditional Victorian costume reaching for an apple and offering her male companion a daffodil – a direct evocation of the Biblical Temptation of Eve.

The artist first attracted controversy in 1997 with his bold painting of Manchester United footballer Eric Cantona depicted as Jesus and fellow squad members as Roman guards.

Michael chose to feature Joanne after meeting her while undertaking research for the programme. “She had a natural radiance which was perfect for what I am trying to say in the painting,” he explained.

Joanne was thrilled to have been chosen. “Michael was a delight to work with, gentle and always good-humoured. It’s a very powerful painting with lots of layers of meaning,” she said.

The artist explained that he was inspired by Wordsworth, the landscapes he wrote about and the fact that Grasmere is experiencing a change in its cultural landscape, not too dissimilar to many modern English cities. He was further intrigued to learn that the spices used in Grasmere Gingerbread come from his own family home in the West Indies – adding personal relevance to the theme of a cultural melting pot. “It seemed natural to combine that culture with the culture of Wordsworth, and also that of the countryside and the city,” he said.

Joanne’s husband, Andrew, later bought the painting and it hangs proudly in their home. Click here to see an excerpt from Made in England.