A right old Carry On…! 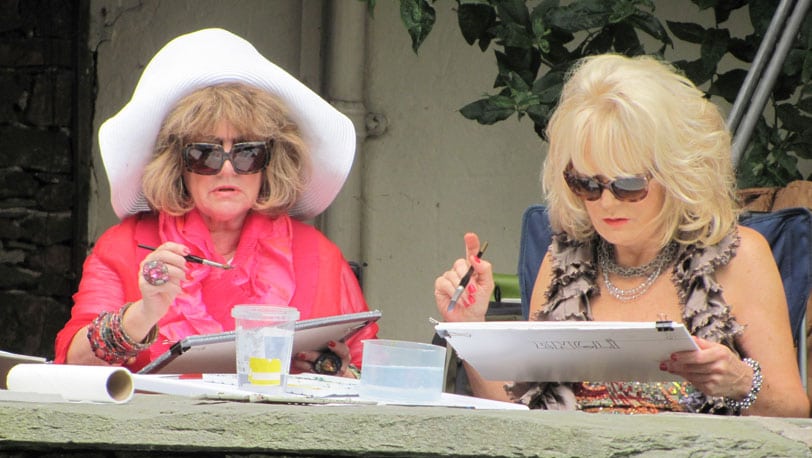 The veteran actors turned heads in Grasmere during filming of their comic Carry on Camping series which brought them to the Lake District.

“They were an absolute hoot,” said Joanne Hunter, a partner in Grasmere Gingerbread®.

“I’m a huge fan of Coronation Street and loved the characters Alma and Maureen that they played in the soap a few years ago.”

Before filming Amanda and Sherrie enjoyed a few slices of Grasmere Gingerbread with their morning coffee.

“Scrumptious!” declared Sherrie whilst Amanda described it as “powerful and with a real oompphhh!”

As well as playing roles in Coronation Street both actors also starred in the famous Carry on films that made stars of Kenneth Williams and Hattie Jacques.

Bubbly and full of fun, the girls showed why they are still so popular with TV audiences.

But they shouldn’t give up their day jobs, advised Joanne Hunter after giving them an intensive course in wrapping Grasmere Gingerbread® in special parchment.

“They were not quite up to scratch as shop assistants,” she said.