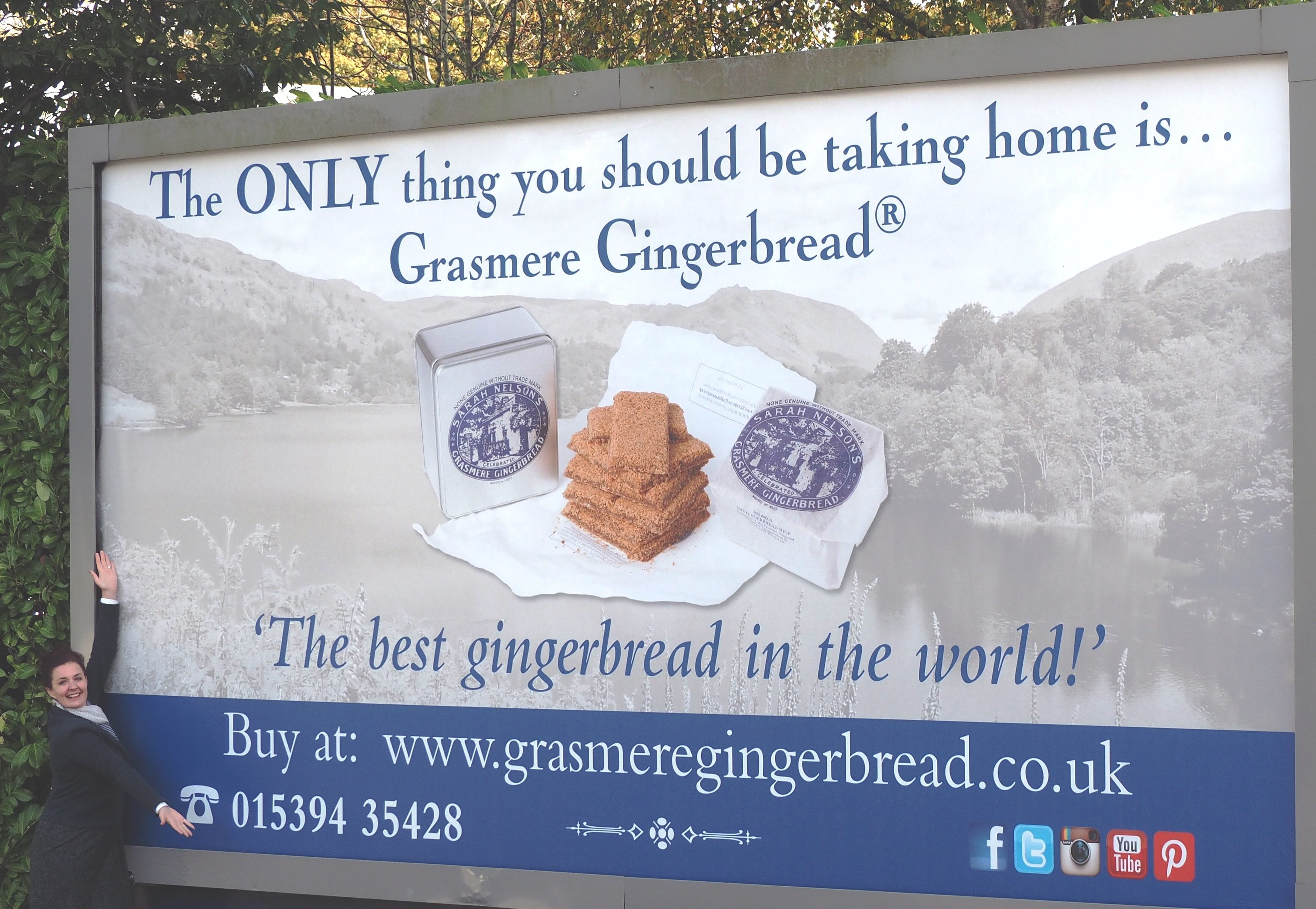 FOR the first time in its 163-year-old history, Grasmere Gingerbread® is the spicy-sweet star of a giant advertising billboard.

The hoarding at Windermere train station urges visitors not to leave the Lake District without a piece of the region’s most iconic product.

“People may not have had the time to visit us when they were in the Lake District so this is a reminder,” explained Joanne Hunter, third generation owner of Grasmere Gingerbread®.

“Tourism and the arrival of steam trains in Cumbria in the 19th century brought lots of new people to Grasmere and the Lake District,” explained Joanne.

“Then, her ‘selling’ platform was an old tree stump outside her home where she would offer people slices of gingerbread wrapped in parchment.

“This raised her profile and word-of-mouth gradually spread the message about Grasmere Gingerbread®.”

The billboard will in place until November 5.