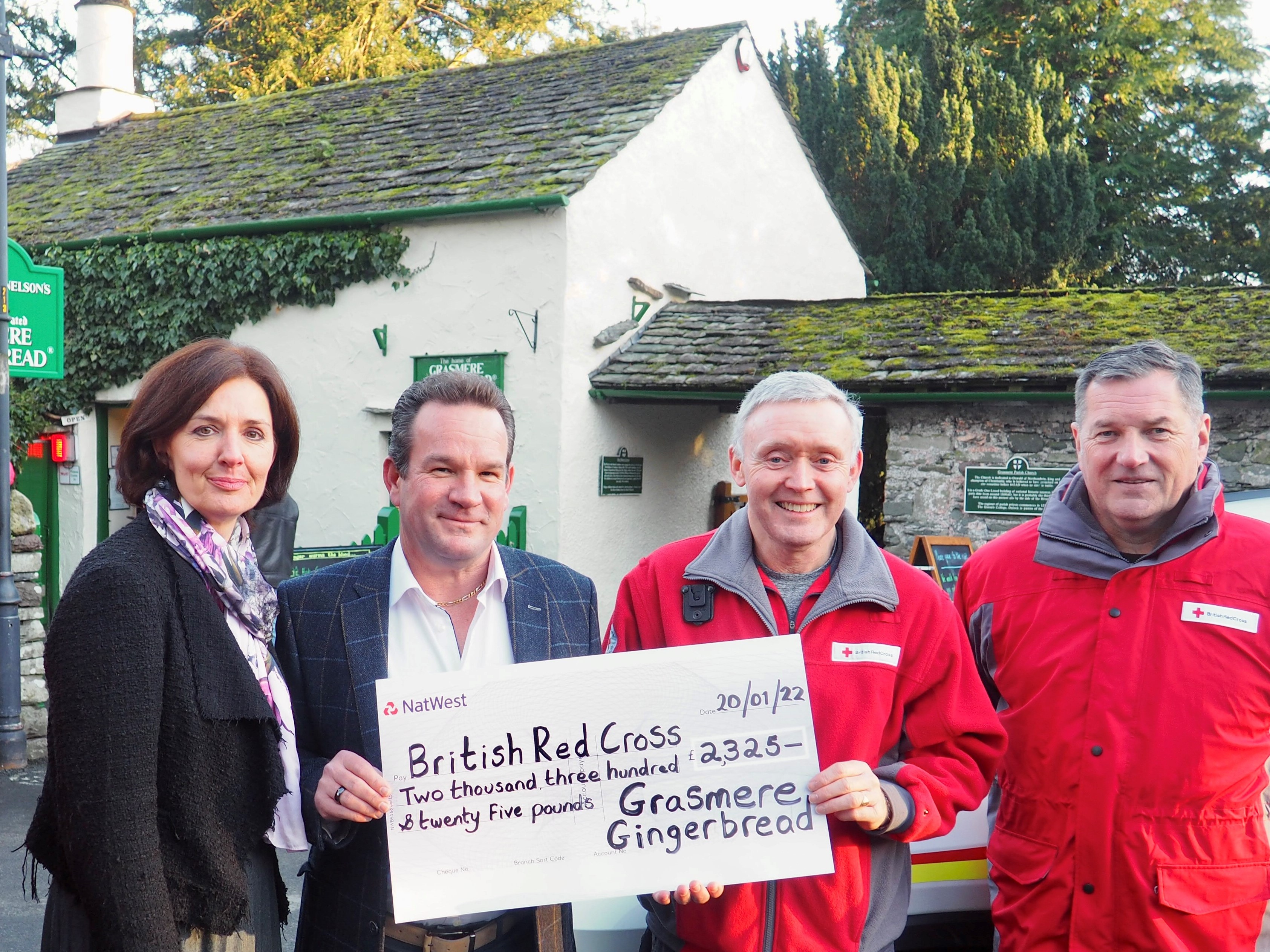 Grasmere Gingerbread® has presented a cheque for £2,325 to the British Red Cross after donating 50p from each Christmas order to the charity which assists communities in crisis.

David Taylor, Emergency Response Officer for the British Red Cross in Cumbria, said the “incredible generosity”  would help to fund their activities across the region.

“It is acts of kindness like this that mean we can continue to support people in local communities while they respond to and recover from crises such as fires, floods, or major events like the recent Storm Arwen,” he said.

“Storm Arwen was one of the longest and most complex responses we have been involved in for many years, with our volunteers doing door-to-door welfare checks on people whose state of isolation and loneliness was made worse by the loss of power for so long.

"It showed just how important human connection is during an emergency and we know our support was valued by those we helped at such a worrying time."

Joanne Hunter, Co-Director of Grasmere Gingerbread®, praised staff for working “right up until our delivery deadline” to make sure everyone’s festive order was processed in time.

“We didn’t set staff a Christmas sales target - as we never do that throughout the rest of the year - but they were fired up to raise as much money as possible for the British Red Cross which does such valuable work throughout the year,” she explained.

Fifty per cent of the money donated by Grasmere Gingerbread® will go towards alleviating future crises in Cumbria, the rest will be spent elsewhere.

The charity, whose iconic red and white emblem is often visible at high-profile disasters, works tirelessly behind the scenes, often long before and long after TV cameras have arrived and moved on.

In the aftermath of the recent Storm Arwen, which saw thousands of people across Cumbria and the north of England left without power for days and even weeks, it made around 1,200 telephone calls and 600 on the ground visits in just one week.

During the Covid lockdown in 2020 Grasmere Gingerbread® sent parcels of their world-famous spicy-sweet confectionery to the British Red Cross.

“That kind gift did wonders to raise morale amongst our volunteers during the early difficult months of the pandemic,” recalled David, “so we were thrilled when Grasmere Gingerbread® told us of their latest donation.”