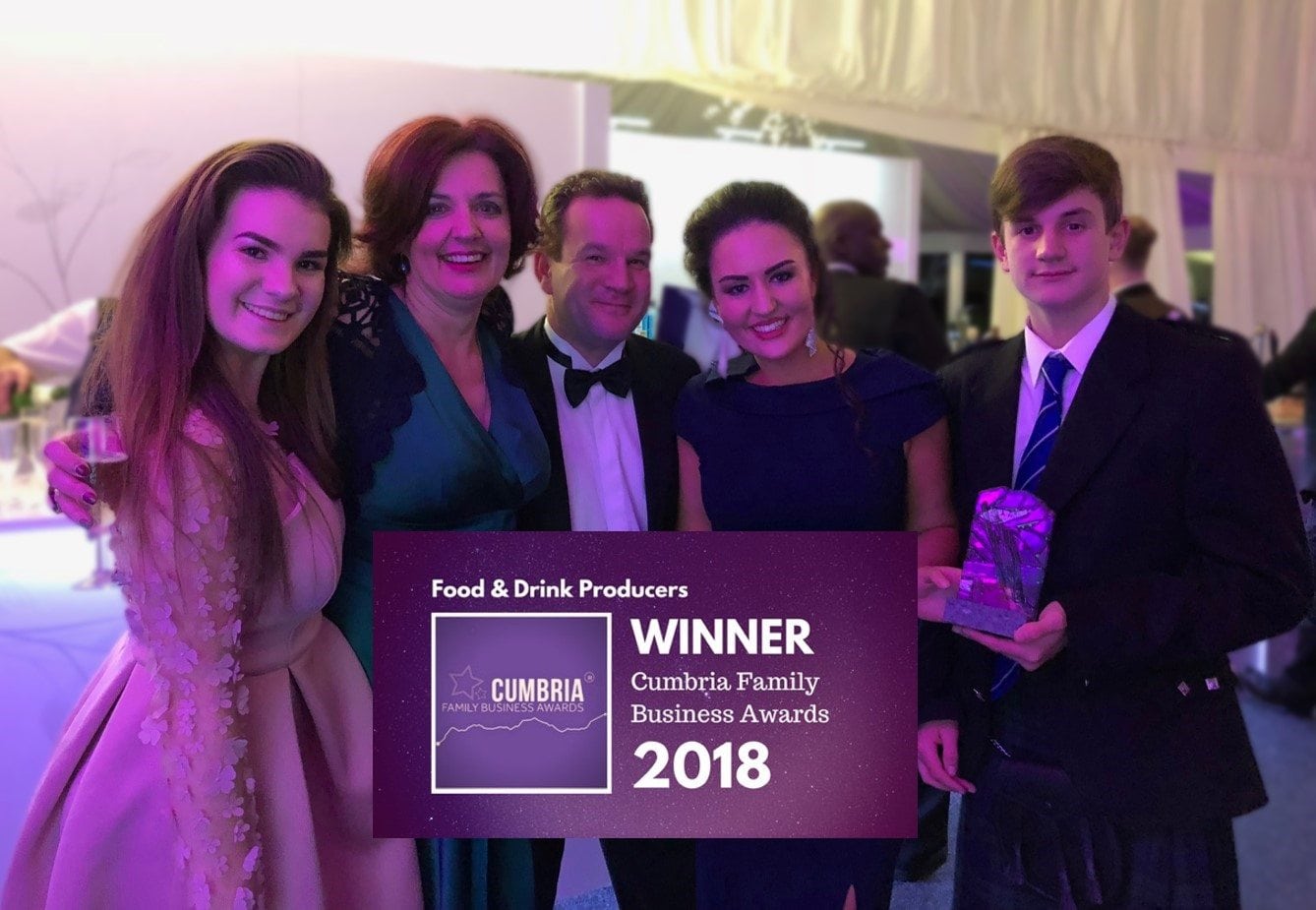 GRASMERE Gingerbread® walked away with a top accolade at this year’s Cumbria Family Business Awards.

The 164-year-old, fourth generation business was named the Best Food Producer in the county.

Judges praised their “respect for legacy, roots, passion and product integrity” and described them as “proud custodians of a unique culinary sensation”.

Grasmere Gingerbread® was invented in 1854 by Victorian cook Sarah Nelson and it is still made fresh every day to her secret original recipe.

“Everyone in the business was thrilled to receive this recognition,” said Andrew Hunter, co-owner.

“It’s a fantastic competition as the organisers really put the county’s family businesses in the spotlight.”

Since taking over Grasmere Gingerbread® in 2000, Andrew and his wife Joanne have taken the business to new heights.

It exports to more than 80 countries across the word and attracts hundreds of thousands of domestic and international visits every year.

The Grasmere Gingerbread Shop – next to St Oswald’s Churchyard in Grasmere village – was the original Church Cottage home of Sarah Nelson.

She originally sold her moreish spicy-sweet cross between a biscuit and cake from a tree stump outside her front door.

Its fame and popularity quickly spread, especially after the early railways brought more tourists to the area.

More than 300 people gathered at The Garden at Eden near Carlisle on March 9 for the glittering Cumbria Family Business Awards ceremony. It was jovially hosted by Hairy Biker, Si King.

He stepped in at the eleventh hour after side-kick Dave Myers pulled out due to illness.

“I’ve never been to a night like this. You’re friendly, fun, absolutely fantastic people and I love Cumbria,” Si told the audience.