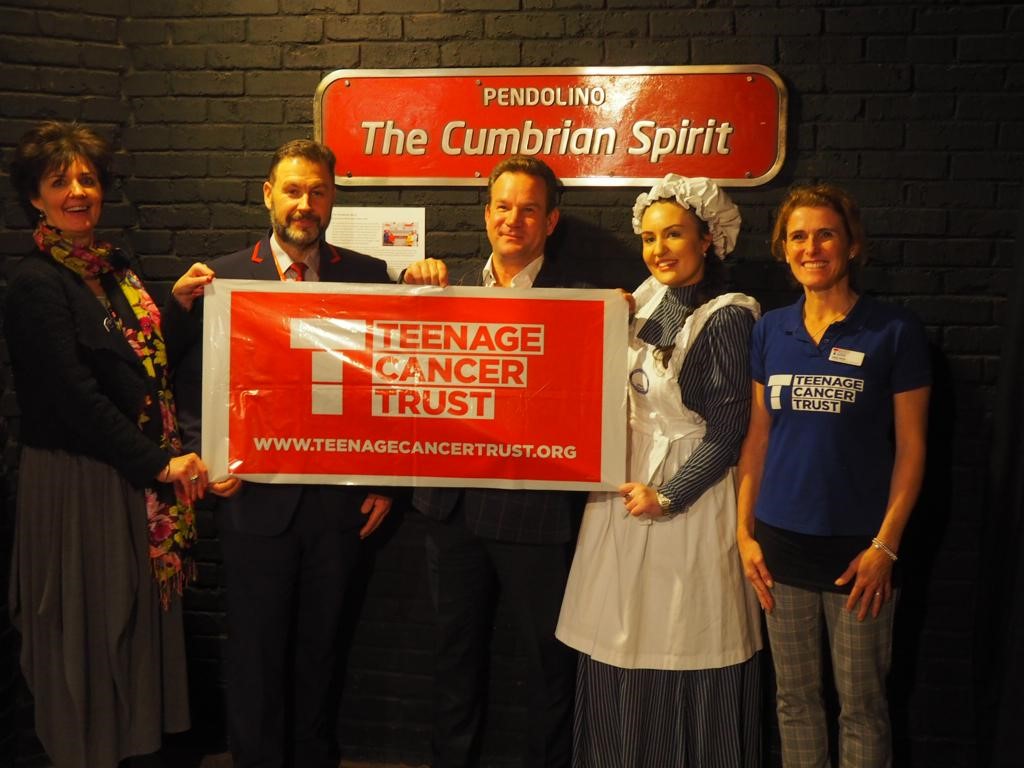 A TRAIN name plate with an amazing track record has gone on permanent public display in Carlisle thanks to Grasmere Gingerbread®.

After Storm Desmond devastated Cumbria in 2015, Virgin Trains named a West Coast Pendolino ‘The Cumbrian Spirit’ to announce that the county was ‘open for business’.

It was unveiled at Carlisle Railway Station by Grasmere Gingerbread® owner Andrew Hunter and it eventually clocked up over one million miles and passed through the Great Border City on 876 occasions.

After losing the West Coast Main Line franchise in 2019, Virgin auctioned off the name plate to raise money for the (Stephen Sutton) Teenage Cancer Trust.

Inspired by Stephen – who raised millions of pounds for young people facing cancer despite having a terminal diagnosis – Grasmere Gingerbread® bought  ‘The Cumbrian Spirit’ for £2,000.

“I remember being very moved by Stephen’s incredible bravery and commitment to help others,” said Andrew.

“I was proud to bid for ‘The Cumbrian Spirit’ name plate as part of our ongoing charitable commitment but I also wanted to keep the sign in the county as it symbolised our recovery.”

In December 2019, Grasmere Gingerbread® donated ‘The Cumbrian Spirit’ to Carlisle’s Tullie House Museum which has put it on display in its railway heritage gallery.

“It’s an honour to display the plate as our railway collection represents a very special part of Carlisle history,” said Andrew Mackay, Director of Tullie House Museum and Art Gallery.

“As Carlisle has also been hit by severe episodes of flooding it is fitting that ‘The Cumbrian Spirit’ stays in the city as a permanent beacon of hope over adversity,” added Andrew.

Jane Sutton, the mother of Stephen, said: “I think it was a fabulous gesture to display ‘The Cumbrian Spirit’ name plate in such a prestigious and fitting setting.” 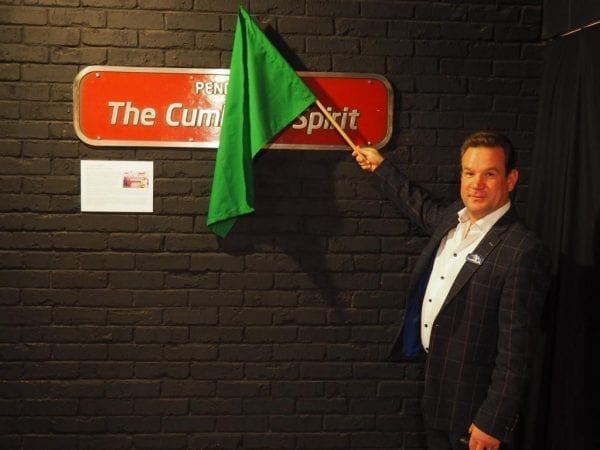