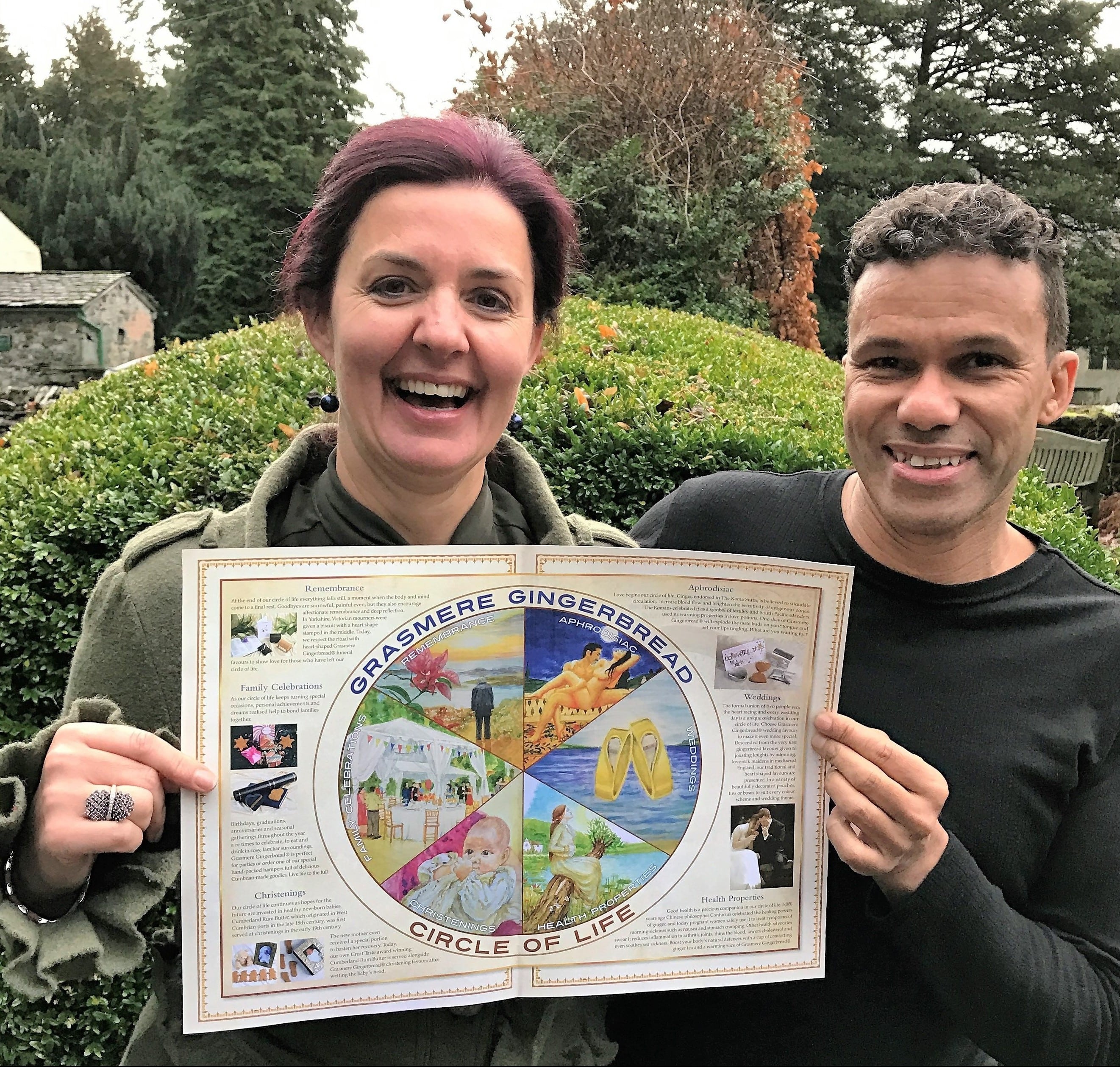 The ‘Circle of Life’ includes an image from the Karma Sutra, a pre-Raphaelite-inspired painting of a pregnant woman, a picture of a christened baby and a sombre scene of a man with his head bowed in remembrance.

However, after Grasmere Gingerbread was endorsed by celebrity chefs like Phil Vickery and Jamie Oliver – and began to attract national and international TV coverage – more and more customers wanted it for special occasions.

“We started receiving orders for anniversary parties, graduations and a few years ago our first request came for wedding favours,” said Joanne.

Then, three years ago, a woman asked for favours to serve at the reception after her husband’s funeral.

Having recently engaged Manchester artist Michael J Browne to paint a new sign for the shop, Joanne commissioned six new artworks for a Circle of Life brochure to reflect the versatility of Grasmere Gingerbread®.

“A lot of pregnant women swear it helps with morning sickness.”

“For our popular Valentine’s Day hearts we even focussed on the Karma Sutra image which reflects the aphrodisiac qualities of ginger.”

Joanne has now bought all six original artworks from Michael with the intent of auctioning them off for a charity in the future.