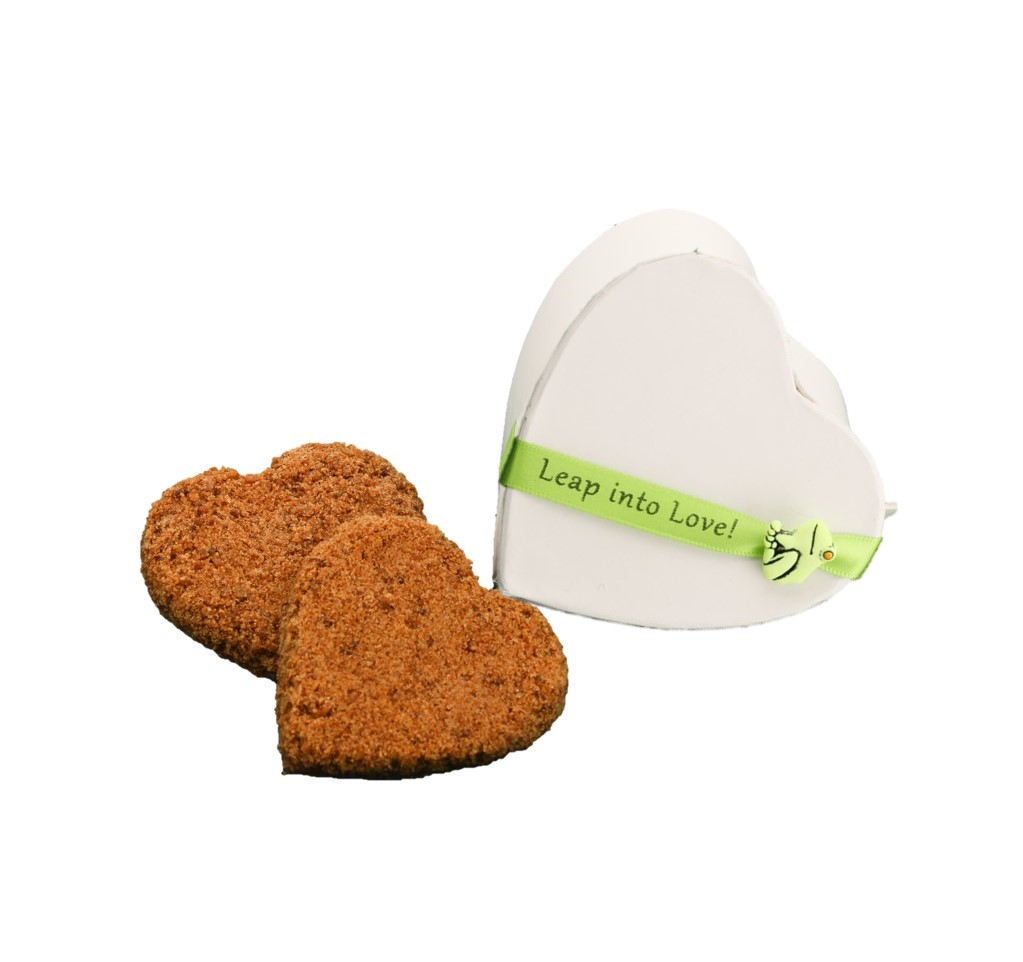 PUTTING your boyfriend on the spot is tough enough at the best of times.

“I suppose you could propose via a card, text or tweet but he’ll just say he’s ‘Reddit! Reddit!’ and go back to the football,” quipped Joanne Hunter, co-owner of Grasmere Gingerbread®.

“I actually proposed to my husband Andrew in 2000, not because it was a leap year but because I was pregnant with our daughter Eden Rose.

The tradition of women only being allowed to propose marriage on February 29 dates back to 5th century Ireland.

St Brigid of Kildare complained to St. Patrick that women waited far too long for men to propose.

A deal was struck and St. Patrick decreed this one day in February every four years.

Another tradition says that any man who refuses a woman’s proposal has to buy her a pair of white gloves to conceal her ringless finger.

“As ginger is supposed to be an aphrodisiac, our Leap Year hearts might just do the trick,” added Joanne.

The Grasmere Gingerbread Shop’s frog-decorated heart boxes are available for either Valentine’s Day (February 14) or February 29 and cost just £3.50.

For thousands of years ginger has been celebrated as a symbol of wealth and fertility;