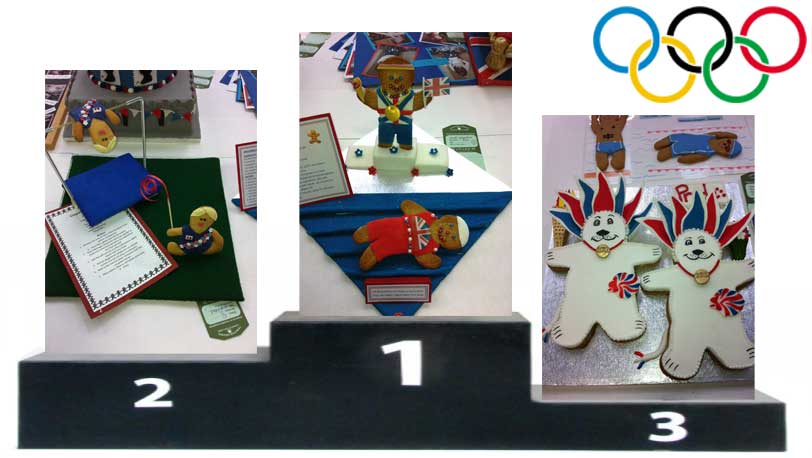 Joanne Hunter, a partner in the business, said: “I loved all the biscuits as they showed a lot of flair and imagination.”

The event was the Northern Area Field Day which attracted entries from all the northern counties including Cumbria and Yorkshire.

The winning entry was submitted by Anna Booth from Yorkshire. It depicted a gold medal winning athlete on the podium and a swimmer in the Olympic pool.

A close second prize went to Lauren Howe, also from Yorkshire, whose gymnastic theme featured a bendy gingerbread biscuit on the high bar!

Third prize was awarded to Amy Wilson from Cumbria who submitted large iced biscuits with a lion theme to represent the British team.