All in the best possible taste! 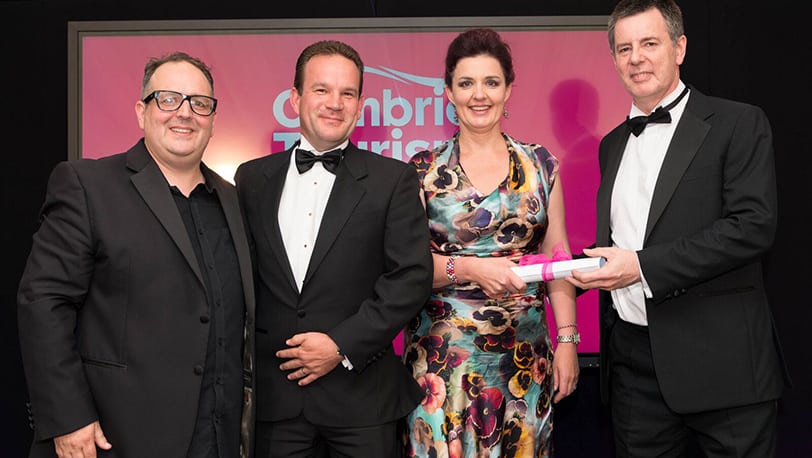 IT’S official – Grasmere Gingerbread is a taste sensation after being Highly Commended in this year’s 2016 Cumbria Tourism Awards.

“After the events of last winter – Storm Desmond, widespread flooding and the closure of the A591 – it was a fantastic boost to receive local recognition,” said Joanne Hunter, co-owner of Grasmere Gingerbread.

She went on to praise the comprehensive 3D pop-up website, novel way of displaying news items on a picket fence, celebrity followers, in-depth history of the shop, Sarah Nelson’s life story and the origins of her unique Grasmere Gingerbread.

“The shop was stocked with a huge range of products, far greater than I had imagined and there were lots of gift ideas and products from other local producers,” reported the mystery shopper.

Outside the shop itself “the aroma wafting out the door was a great ambience creator as it was very obvious that baking was going on in the next room”, whilst inside was a “treasure trove” of shelves laden with produce.

The shopper also singled out the shop assistant for praise after she explained to her young son about how if he painted a wooden spoon and brought it to the shop they would display it in their outside ‘spoon garden’.

Joanne was delighted with the mystery shopper report.

“We still have no idea who the mystery shopper was, but we strive to give everyone the best customer experience when they come here,” added Joanne.

Businesses from all over Cumbria attended the special Cumbria Tourism black tie dinner.

“It was great to catch up with friends from other local businesses who have worked so hard this year to keep Cumbria and the Lake District a special place for local people, tourists and visitors alike,” said Joanne, who was accompanied by husband and co-owner Andrew.

Ian Stephens, Managing Director of Cumbria Tourism, told the Awards’ finalists that tourism is worth £2.6 billion to the Cumbrian economy.

“Everybody should be incredibly proud of what they have achieved in maintaining Cumbria as the nation’s favourite holiday destination,” he said.

Joanne added: “There were even one or two suggestions in the mystery shopper’s report that we thought ‘What good ideas’ and are going to action as soon as possible!”