A Swede surprise on December 13… 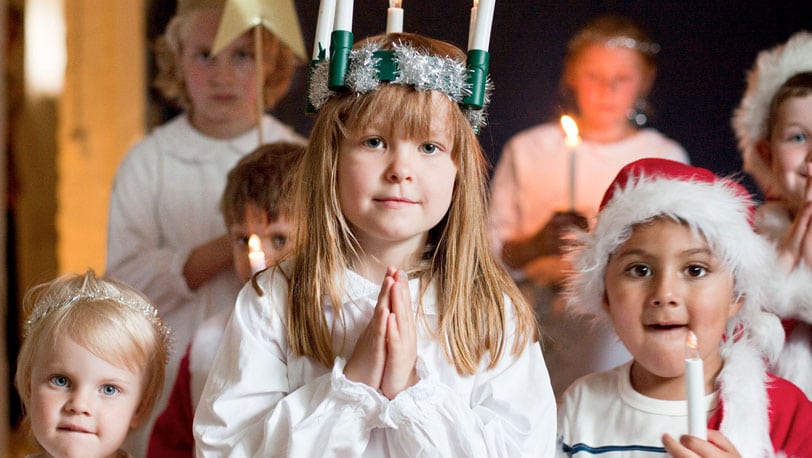 IF you happen to be in Stockholm on December 13th you may be presented with free gingerbread as you walk down the street.

The reason? Like so many worldwide traditions its origins have religious connotations but its proximity to Christmas is crucial!

Known as St Lucia’s Day (or St Lucy’s Day), it commemorates Saint Lucy – a Sicilian girl who suffered a terrible death in AD 310. The story goes…

Seeking help for her mother’s long-term illness at a shrine, an angel appeared to Lucy in a dream.

Converted to Christianity, she refused to compromise her virginity in marriage and was denounced to the Roman authorities by the man she would have wed.

In an attempt to force her to renounce her faith they opted to burn her at the stake.

Despite her terror she refused to stop speaking about her God and was only able to die after being given the Christian sacrament.

As the Feast of St Lucy developed in Italy, young girls dressed in white and carrying candles – to represent the fire that killed her – would lead local processions.

Later, the German Protestant tradition of girls dressed as angelic Christ children handing out Christmas presents – such as gingerbread and candy canes – became intertwined with the Feast of St Lucy and spread to Sweden and other Scandinavian countries.

Today, those processions wander through the shopping malls of Swedish cities handing out gingerbread and other sweets to delighted shoppers.

Why not celebrate St Lucy’s Day by giving Grasmere Gingerbread as a gift?